The research objective was to analyze the structure of drama manuscript of Musi Rawas folklore. The approach used was qualitative descriptive approach with library research method. The data were collected through reading technique, inventory technique and noting technique. The data were obtained from reading and coding were classified based on the object, described, organized into the report. The results presented: the conflict was when Gentayu recognized her mother was still alive and she kept meeting her, so that  Remas Samar, whose father, was angry. It becomes the main problem in drama manuscript in Musi Rawas folklore "Gentayu Ulak Dalam". The plot in the drama was straightforward. The settings were in the village, forest, Baru Hill and river. In conclusion, according to the analysis, the drama included as tragedy because the climax of the story described the sadness and death. 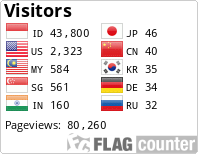